There is a call from Heaven for us, His Beloved, to recognise that He is in our midst, walking among us and responding to us as we pour out our affection on Him.

There is a call from Heaven for us, His Beloved, to recognise that He is in our midst, walking among us and responding to us as we pour out our affection on Him. Whilst in corporate worship recently, I saw in the Spirit, Jacob’s ladder rest on the ground, stretching all the way into Heaven. Angels were descending and ascending, and I heard the Lord say, ‘You are standing on holy ground for I am standing in your midst. I am walking among you and I am conversing in dialogue-form with My people. It is time to wait and listen for My response and it is time to linger for the manifestation of My visitation. There are angels in your midst, expect to hear them join your song, expect to see the supernatural and the miraculous break forth, and expect to feel the touch of My hand as it brushes over your shoulder as I walk by.

Nothing will ever be the same again. I am making all things new. I am rewriting history, rewiring and rebooting church- and world-systems, rebirthing nations, resurrecting dead bones, repositioning and replanting My Oaks of righteousness and bringing forth the greatest reformation, industrial revolution and Renaissance period that the world has ever known.’

Let your heart be glad and your song be sung, ‘The Day of the Lord had come! He is in our midst, Yahweh, armed and ready for battle!’ The enemy’s structures are falling, I’ve been seeing metal rods break loose from the high concrete walls of its tower. The wicked are running around in panic, trying to keep it all together. However, the Lord’s footsteps are like thunder, shaking the ground on which these evil towers have been erected.

We are His living gateways! The Lord is calling out our names and saying, ‘Come and fling wide your doors for My Spirit to move through. Push your agendas to the sides and let Me come in and take My place. It is the time of awakening! It is the time to see Me face-to-face and to behold My glory in this place. Where you are, I also am. Where I am, there you also are. Heaven and earth is colliding, there is no divide. It is the hour of High Praises and unspeakable joy. Rejoice in Me, look not at the battle nor be intimidated by the threats of the enemy.’

The Lord showed me a vision of Him standing in a ring of fire. It looked like a boxing/wrestling ring, and He was ready and dressed for battle. I saw the remnant seated in the shadows as spectators of the game, and I heard Him say, ‘It’s time for the games to begin! Come out of the shadows and join Me in the ring! For here you will move with Me as one, and together we will strike the enemy. It is ‘action-time’! No more waiting, delays, passivity or disappointment. It’s time to get into the centre-stage and join Me in the games of victory!‘

The only way for us to inherit with Christ, is to come to where He is and join Him in what He is doing. We need to be the open gateways for Him to move through, partnering with HIs Spirit in everything He is saying and doing. He is shining as the Cornerstone and the Centre-Stage. It is His time to lead and ours to follow. It is His time to speak and ours to listen. It is His time to instruct and ours to obey. We must have eyes to see, ears to hear, minds to understand and hands to build that which He is revealing and unveiling in this hour.

When the enemy plans a famine, we plant a field for harvest. When he plans economic destruction, we plan economic advancement. The salvation of the nations does not depend on the awakening of the masses, but the pure faith and trust that the few pure ones have in their God, and their willing obedience to work with Yahweh.

Be encouraged, awakened ones! God is on your side. He is the King of Glory who will move through you to do mighty exploits! He is the commander of Heaven’s host who are here to fight for you, so do not fear.

Lift up your heads in the authority of your King as He enters in. You are His Beloved and He is yours. Let Heaven come through, let earth’s realm break open as the King of Glory rushes in like a mighty wind, a thundering storm. He who is for you, is against your enemy. He will restore justice and bring you through to the place of rich fulfilment and abundant blessing. To everything there is a beginning and an end. We have come into the beginning of the new, where we will experience Heaven on earth and Yeshua in our midst. This is the place that we’ve been destined and prepared for. A place where we will steward His glory, His presence, and His power. Where we will administrate the wealth that He is about to unleash over His people in order to provide for the nations. What a glorious era we have entered!

You’re the reason for my praise; it comes from you and goes to you. I will keep my promise to praise you before all who fear you among the congregation of your people.

Yahweh claims the world as his. Everything and everyone belong to him! He’s the one who pushed back oceans to let the dry ground appear, planting firm foundations for the earth.

Who, then, is allowed to ascend the mountain of Yahweh? And who has the privilege of entering into God’s Holy Place? Those who are clean—whose works and ways are pure, whose hearts are true and sealed by the truth, those who never deceive, whose words are sure. They will receive Yahweh’s blessing and righteousness given by the Savior-God. They will stand before God, for they seek the pleasure of God’s face, the God of Jacob. Pause in his presence.

Jacob left Beersheba and went toward Haran. And he came to a certain place and stayed there that night, because the sun had set. Taking one of the stones of the place, he put it under his head and lay down in that place to sleep. And he dreamed, and behold, there was a ladder set up on the earth, and the top of it reached to heaven. And behold, the angels of God were ascending and descending on it! And behold, the Lord stood above it and said, “I am the Lord , the God of Abraham your father and the God of Isaac. The land on which you lie I will give to you and to your offspring. Your offspring shall be like the dust of the earth, and you shall spread abroad to the west and to the east and to the north and to the south, and in you and your offspring shall all the families of the earth be blessed. Behold, I am with you and will keep you wherever you go, and will bring you back to this land. For I will not leave you until I have done what I have promised you.” Then Jacob awoke from his sleep and said, “Surely the Lord is in this place, and I did not know it.” And he was afraid and said, “How awesome is this place! This is none other than the house of God, and this is the gate of heaven.”

So early in the morning Jacob took the stone that he had put under his head and set it up for a pillar and poured oil on the top of it. He called the name of that place Bethel, but the name of the city was Luz at the first. Then Jacob made a vow, saying, “If God will be with me and will keep me in this way that I go, and will give me bread to eat and clothing to wear, so that I come again to my father’s house in peace, then the Lord shall be my God, and this stone, which I have set up for a pillar, shall be God’s house. And of all that you give me I will give a full tenth to you.”

The same night he arose and took his two wives, his two female servants, and his eleven children, and crossed the ford of the Jabbok. He took them and sent them across the stream, and everything else that he had. And Jacob was left alone. And a man wrestled with him until the breaking of the day. When the man saw that he did not prevail against Jacob, he touched his hip socket, and Jacob’s hip was put out of joint as he wrestled with him. Then he said, “Let me go, for the day has broken.” But Jacob said, “I will not let you go unless you bless me.” And he said to him, “What is your name?” And he said, “Jacob.” Then he said, “Your name shall no longer be called Jacob, but Israel, for you have striven with God and with men, and have prevailed.” Then Jacob asked him, “Please tell me your name.” But he said, “Why is it that you ask my name?” And there he blessed him. So Jacob called the name of the place Peniel, saying, “For I have seen God face to face, and yet my life has been delivered.”

PrevPreviousPentecost Fresh Fire will cause walls to fall and walls to rise!
NextMy Irresistible End-Time BrideNext 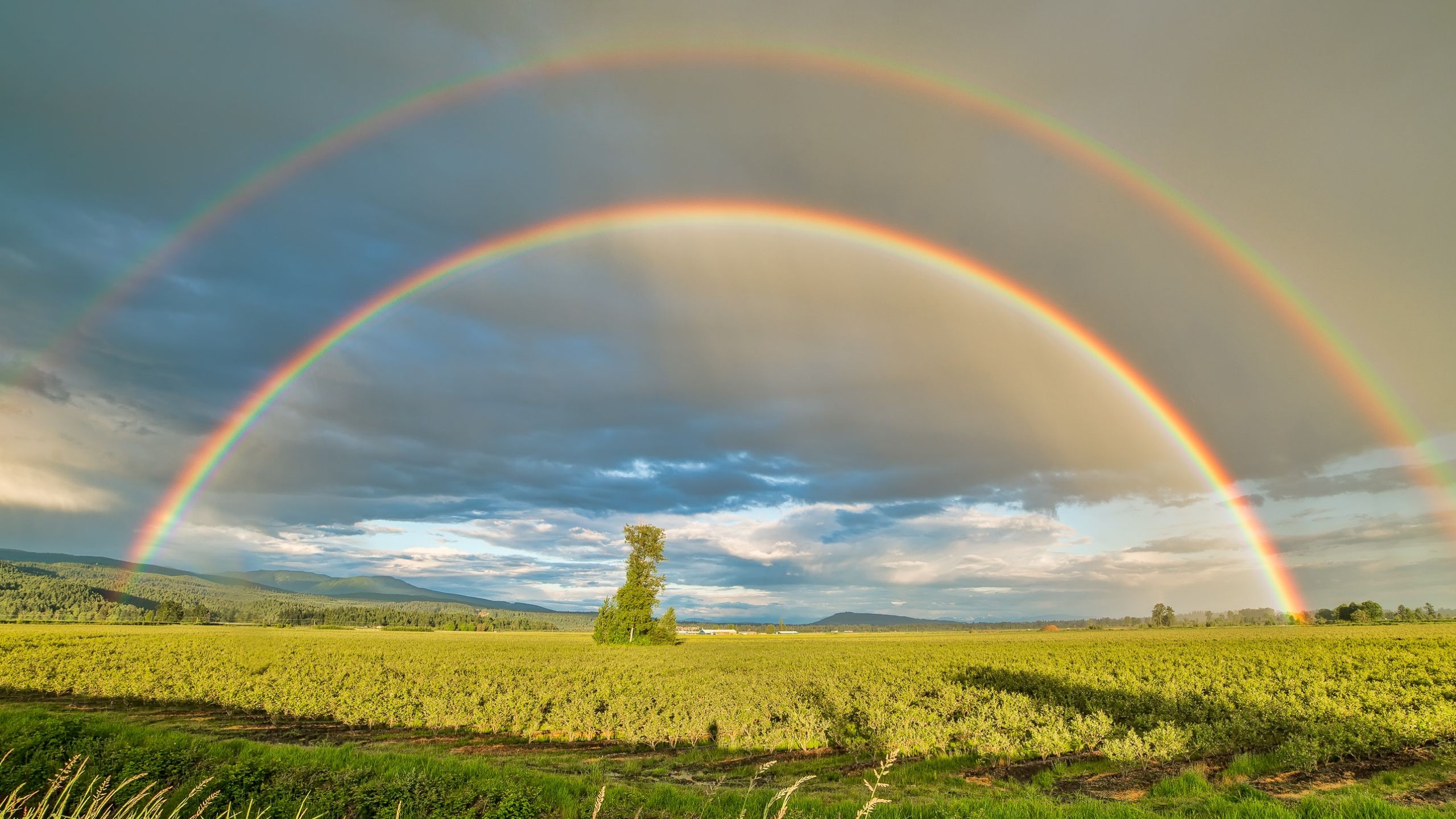